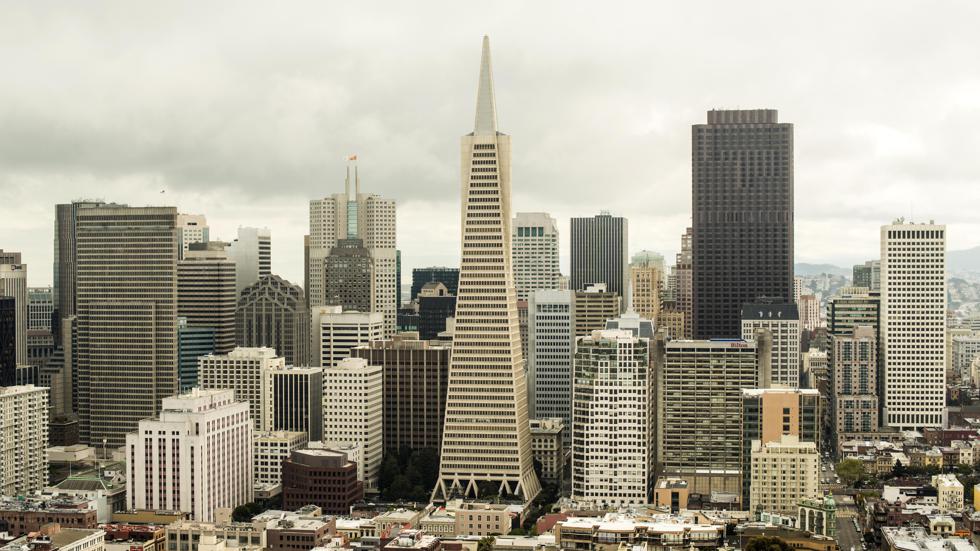 The striking Transamerica Pyramid in San Francisco belongs to a Deutsche Finance fund.

The Deutsche Finance Group is the second largest German real estate investor in the USA (after Allianz). Its investors own unique buildings such as the Coca-Cola Building in New York and the Transamerica Pyramid in San Francisco. Their funds manage to do what German open-ended real estate funds failed to do in their time: They bundle the money of small investors and large pension funds. For years, the group did little in the way of offensive publicity. "We first wanted to show that we can do what we do," says Symon Godl, Managing Director of Deutsche Finance Investment.

In 2008, Deutsche Finance (DF) launched its first product for German private investors. The Privilege Private Partners Fund was - like its successors - a fund of funds that in turn invested in a broad range of target funds with globally diversified investment strategies in real estate and infrastructure. Since then, DF has launched another fund with different investment strategies almost every year. To date, the capital collected from private investors adds up to more than 1 billion euros.

In the early years, DF was active as a pure fund-of-funds manager investing in institutional funds of other managers. Through the DF vehicle, this gave private investors access to real estate and infrastructure investments around the world that were only open to large clients. "Our founding goal was to offer private investors the broadest possible diversification," says Godl. In the individual funds, this ranges from logistics properties in Osaka, Japan, to student flats in Canterbury, UK, to retail properties in Finland.

After a modest start - the first fund of funds had a target volume of 30 million euros, but only a good 7 million euros were raised - the business grew from year to year. In the meantime, DF also acquires real estate projects itself, which are then co-financed with equity capital from German investors. "As a fund-of-funds manager, we were able to observe many very good transactions in our network and decided to actively use this network ourselves," Godl recalls.

About five years ago, DF began to become active in the US real estate market on a large scale together with the German pension heavyweight BVK (the US investor SHVO Capital was also partly on board). Trophy buildings such as New York's Coca-Cola Building, the Art Deco Hotel Raleigh in Miami Beach or the Transamerica Pyramid in San Francisco were targeted.

According to recent surveys by the Real Capital Analytics platform, the numerous large-scale transactions in the USA put DF in the position of the second-largest German real estate investor in the US real estate market behind the Allianz Group. Assets managed in the US reached USD 6 billion at the beginning of 2022. In total, the group manages 9.6 billion euros on both sides of the Atlantic.

In some cases, private clients are also involved in the large US deals through their own fund vehicles. For example, DF Private Fund 12, launched in 2019, provided equity for part of the New York Gucci Building, address 685 Fifth Avenue. It is investing alongside BVK in the conversion of former office space into high-end flats managed by a professional operator. The project began before the Corona pandemic, and the harsh lockdowns in New York delayed construction, Godl said. The flats were finally sold in December 2021, and the prices achieved were on or above target.

Lab offices are being developed as a new asset class

In addition to the classic asset classes of office, hotel and luxury residential, the DF team has recently started targeting so-called lab offices - special office buildings for research and development with a proportion of laboratory space. The first target market for several DF funds is the US metropolis of Boston.

The Boynton Yard innovation campus is being built in the Somerville district, a future cluster for life science research institutions and companies. The first DF investment at the site, the approximately 36,000 m2sized Lab Office 101 South Street, is already fully leased and sold. Two other DF funds for the location have already been launched.

"There are still biotech clusters in the USA, for example in San Francisco and San Diego, which we are also looking at," says Godl. European clusters such as Oxford in England or Martinsried and Heidelberg in Germany could also be interesting for DF Group's lab-office investments, "but the dimensions have to fit the rest of our portfolio so that there is the option to accompany tenants to several locations." Return opportunities would arise from the combination of "very expansive demand" and limited project development activities.

The DF investment strategy favours project developments or revitalisations. 70% to 80% of total investor funds are invested here, Godl estimates, with an average holding period of three and a half to four years per property. Godl attributes the fact that the company, which has its roots in Germany, is so often successful in the target market of the USA to its on-site presence with its own 16-member team. Another factor that should not be underestimated is the good equity base thanks to the many German investors - this ensures favourable financing conditions.

In the coming years, the DF funds of the early vintages will be liquidated as planned. Then we will see how the project risks taken will finally pay off for DF's small investors. The total return on capital after fund liquidation is decisive for the return. In the first six weeks of this year, investments with proceeds of over EUR 750 million were sold in the DF funds. The recently liquidated DF Investment Fund 15 - Club Deal Boston (Lab Office) generated a return of 140% of the capital invested within 27 months (and thus before the end of the prospectus term).

In addition to the USA, DF also has a European foothold. The 30-strong team works in London (head office), Luxembourg and Madrid. Under the name Deutsche Finance International, the group manages real estate assets of 3.1 billion euros.

DFF International has already launched two European value-add funds. Fund number 1 acquired the former headquarters of the Hamburger Sparkasse on Holstenwall in Hamburg a year ago and recently sold a portfolio of seven Danish student residences to Patrizia - with an IRR yield of over 20%. Fund number 2 will be twice as large as its predecessor with an equity target volume of 500 million euros and is currently in the placement process. 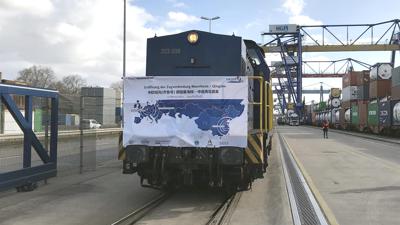 Goods train to China to strengthen logistics
Great Britain rises in investors´ favour
The UK has risen in favour with European real estate investors. This is shown by the Emea Investors Intentions Survey conducted by the international brokerage house CBRE at the end … Mehr dazu
Source: Edge 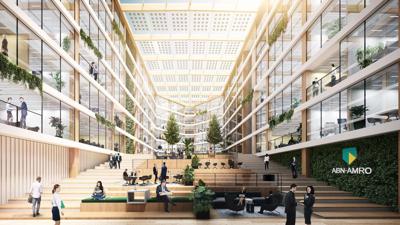 Regulation will have an impact on earnings 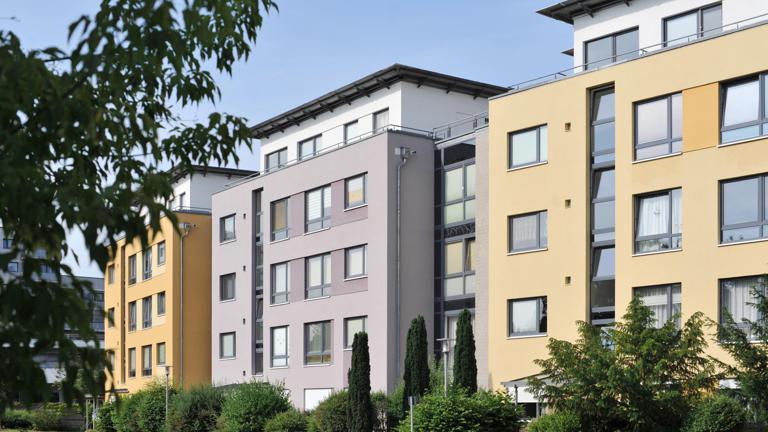 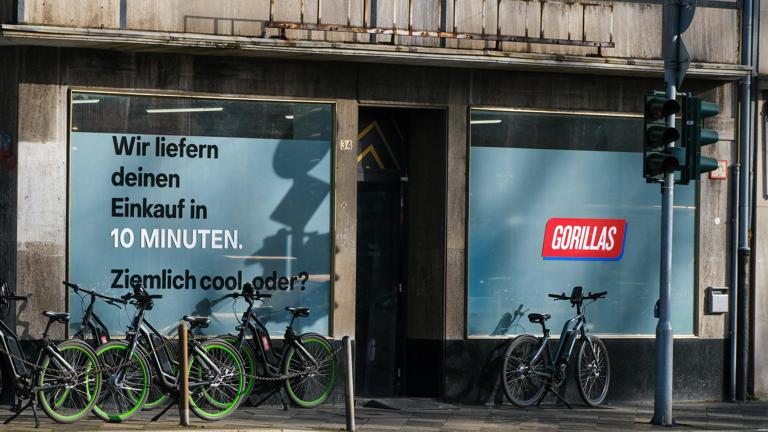 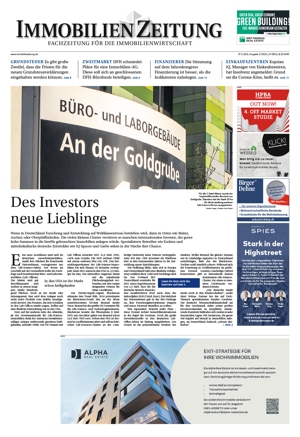 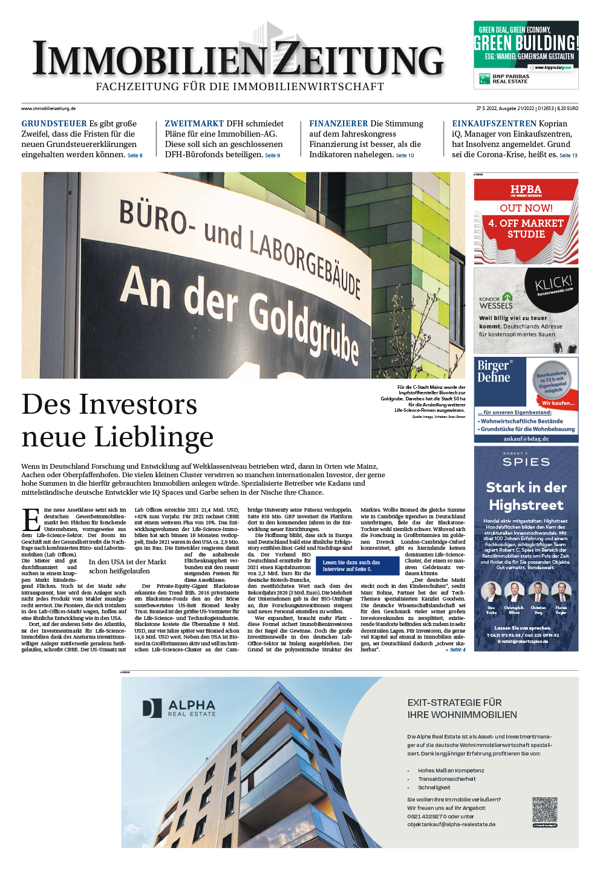 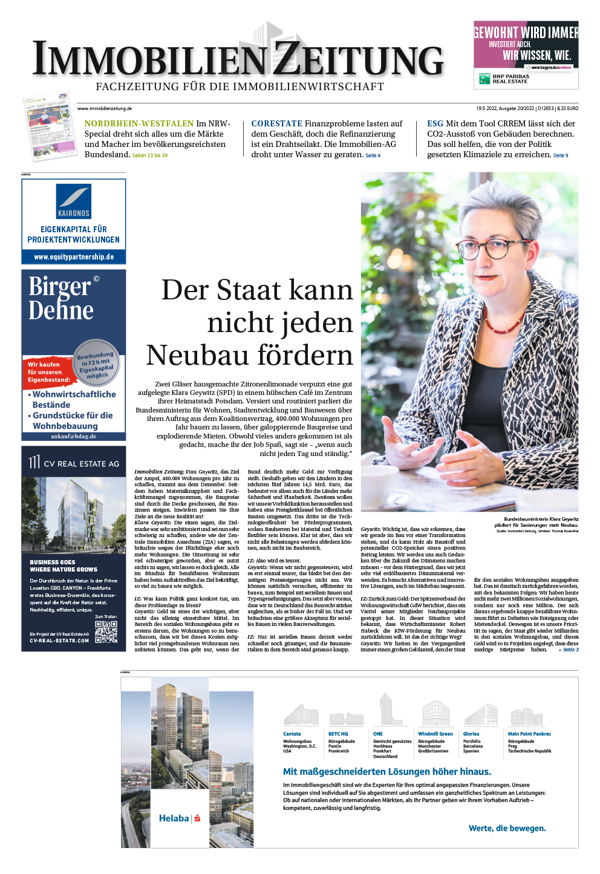 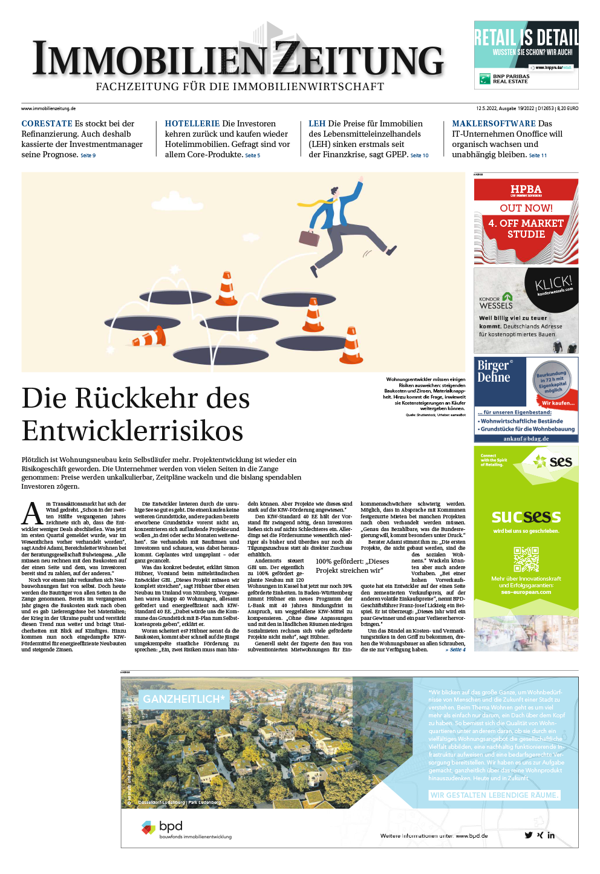 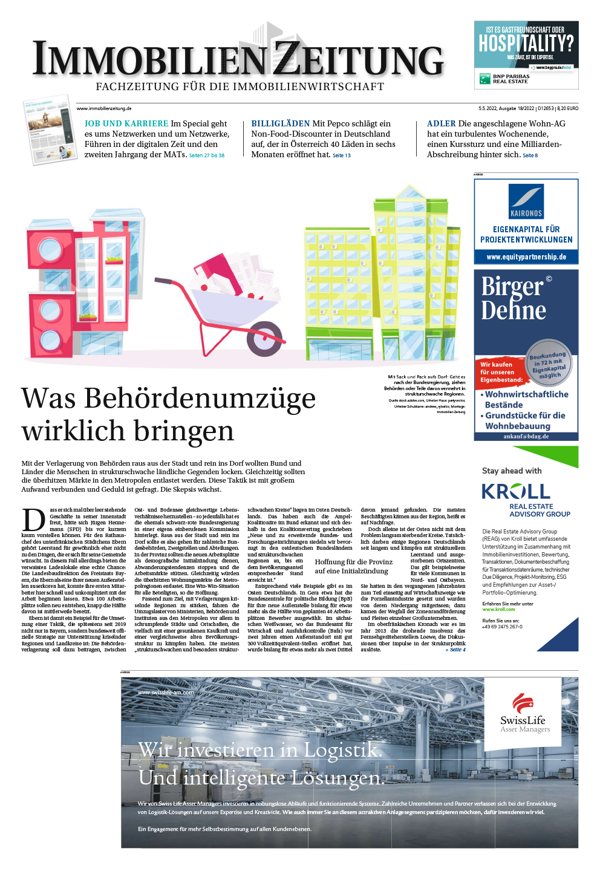 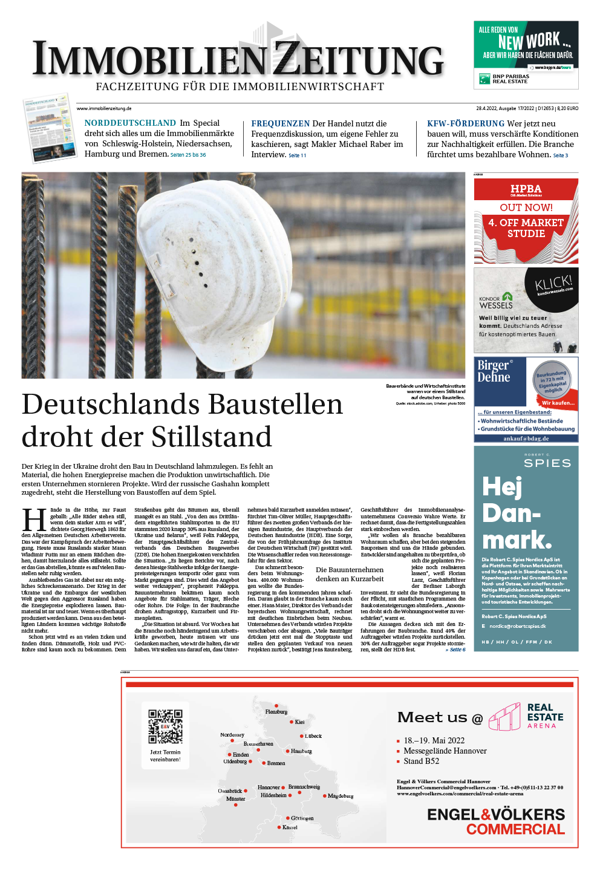 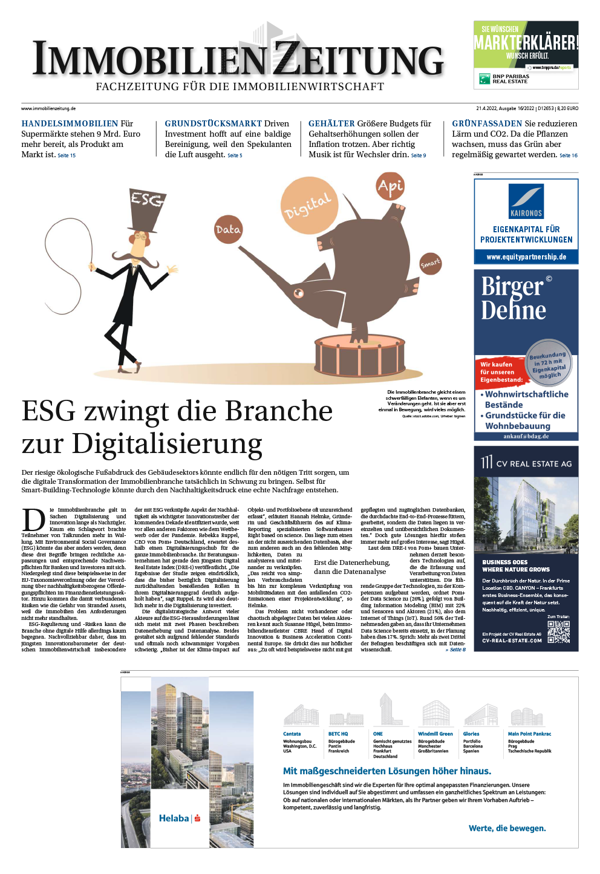 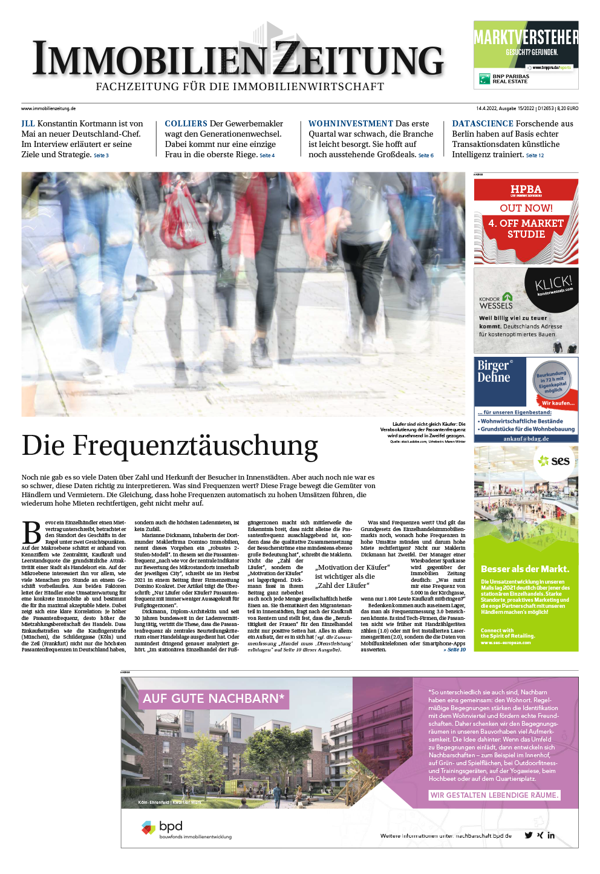 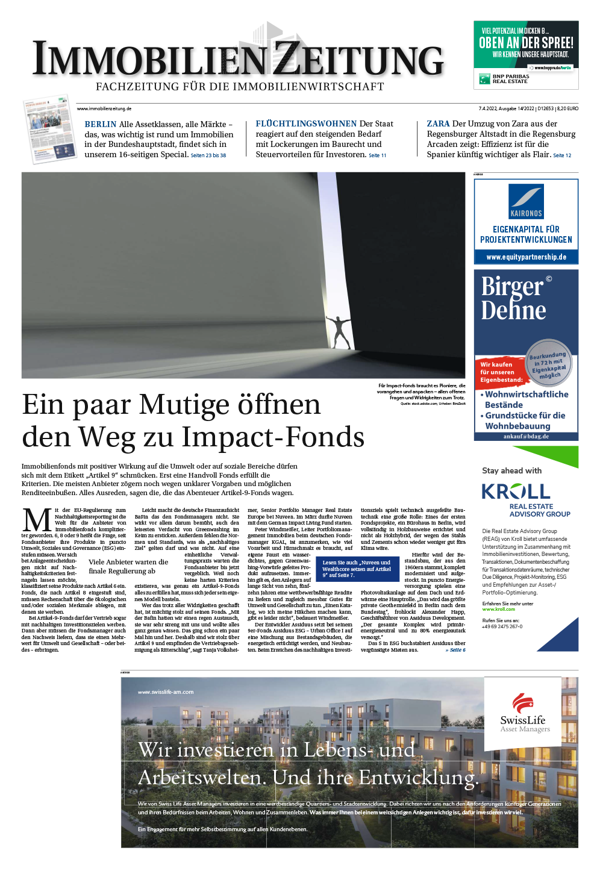 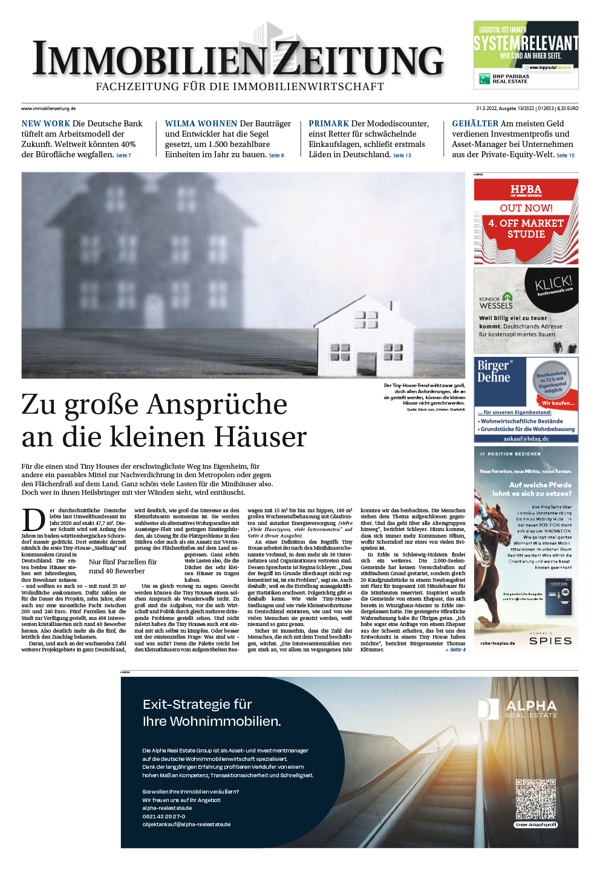